Robby is available for individual or group coaching at billiards, snooker or pool anywhere in the world.

Neil Robertson, (World No 1 Snooker Player) has been mentored and motivated by Robby, in his formative years. They went on travels together, played in the same team and also had some very competitive matches.

Join Cuesport and receive in depth tips and newsletters. In the meantime you can contact Robby on tel +61 418 178 574 or rfoldvari@cuesport.com.au

Learn snooker, pool or billiards from Robby Foldvari, one of the world’s leading authorities on Cuesports. Robby is one of the few ‘A’ grade WPBSA coaches in the world. Robby can teach you the basic techniques or learn tactics, shot selection and break building. Even learn a trick shot to impress your friends.

Robby coaches beginners to advanced levels, juniors to seniors, male and females. Foldvari has a Graduate Diploma of Education from Monash University so he knows how to transfer his knowledge.

Robby has coached all over the world including being an Official Coach of China and National Coach of Singapore when they won their first ever Gold Medal in the South East Asian Games for billiard sports at 9 ball. He is an ‘A’ Grade WSA Coach.

In the meantime here are some coaching tips. 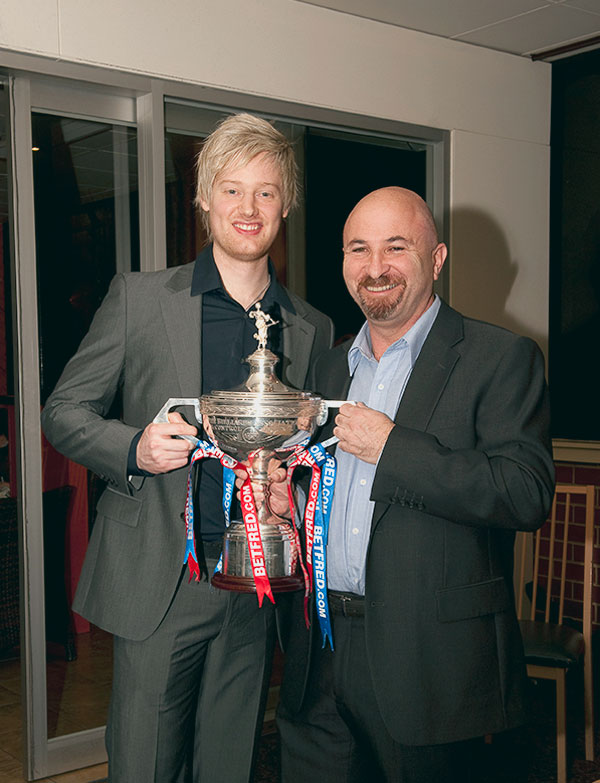